Back in the Saddle

Finally got back into some model building. . . got three from Battlestar Galactica going right now, here is the first one done. . . . 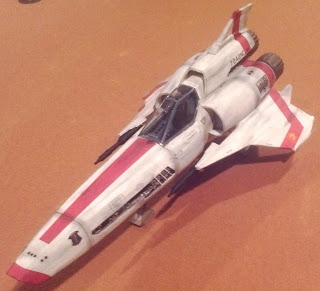 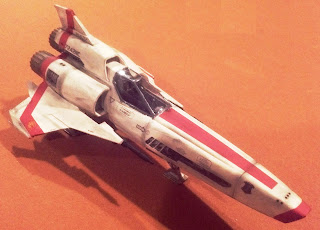 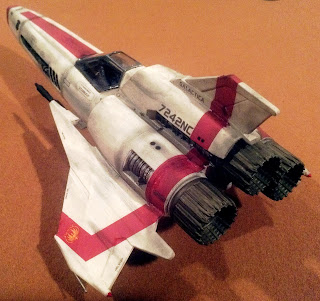 I am hoping to finish the other Viper tonight or this weekend anyway then the Cylon Rader. . . . That one I added a red eye for it, we will see how it comes out in photos. . . .

Trayvon and the death of Justice

I know I said I was done with Trayvon but I can't sit quite while this is going on. . .

Trayvon is showing us how justice in this country is broken.  And not how you think.

As we sit here the news is talking about someone having shot up an empty police car in Zimmerman's neighborhood.  A mob of blacks attacked a white person and beat them shouting Trayvon. . . .
There is a $10000 or a Million dollar bounty on Zimmerman posted all over down in FLA.

We have a justice system that should be arresting multiple people for the attacks, for calling for Zimmerman's murder.  Heck, if you offered to pay someone to kill someone for you guess who goes to jail for attempted manslaughter at a minimum???

And Eric Holder has been called out by the Zimmerman family about his lack of action.  They say it is because he is black that he won't enforce the law to protect Zimmerman. . . I wish I could say they were wrong but I just don't know. . . .

I use to think blacks may be getting a bad deal by the justice system but no more.  I can now see clearly that they make noise not because the system is not fair, but because they don't get the results they want.  It has nothing to do with right or wrong or the facts of the case, it has everything to do with what they feel entitled to.  Give them what they feel they deserve and they are quiet - otherwise we get calls of racism and discrimination.  So what if he is a thief, he needed that big TV so let him go.  He needed the money so let him off the drug charges. . ..

No, folks the person who is not getting justice right now is Zimmerman.  And the mob is making sure he never will.

Guilty of murder or just self defense any and all people who respect our laws and Constitution should be calling out STOP!  We should be calling on our Government to stop fanning the flames (Obama's son my ass.  A real POTUS would be calling for calm and let the system work, not inciting more trouble) and to start arresting those who threaten violence outside the law.  The very people who say Zimmerman was nothing but a vigilante are now the ones who want that job for themselves so they can serve their own justice on Zimmerman.

People should be rallying around Zimmerman to protect him.  We should all be saying " if you want him you have to go through me!  Guilty of a crime or not he WILL get his day in court!"

Instead I fear this shows how far our country has fallen.  The DA won't hear the facts with a jury because they may let him go and she does not want to take credit for the riots so she will charge him.  The Jury will remember the threats to the Casy Anthony jury and will convict him no matter what because they don't want credit for the riots or threat to their own lives and families.

No, this is very bad, and shows we are failing.  Justice may be dead and replaced by mob rule.  A small minority of a minority group is holding us all hostage with threats of violence and Obama and our justice system are letting them win.

We the people are the ones who are losing in all of this. . . . that is the only thing I am sure of.


Posted by JD No comments:

To all who celibate it!

I hope you have a great day with family and friends.
Posted by JD No comments:

Have the Race Baiters lost?

One thing I have noted lately is that the Trayvon story is not gaining any more ground. . . In fact it seems to be losing it.

What I find most interesting is one of the folks I work with who is very liberal is not buying the party line on this one.  The more the news pushes the race card the more she agrees with me that we don't have all the facts and need to let the courts do their job.

Folks, when your own team is starting to doubt your sales pitch you are in trouble.  I find it very assuring for the side of freedom when the liberals start to say "the media is pushing this, we need more facts!"  and admit they don't know gun laws . . ..

We are really winning this, even in Massachusetts folks.  It is going to take time but the folks with a brain on the left (yes, there are a few) are starting to wake up.  They are starting to see the game for what it is, and starting to ask WTF?

When there is a school shooting and your liberal friend comments on it making gun owners look bad I find it interesting to note that she was interested to learn how strict CA is on guns. . . much like MA.  She even admitted to not knowing gun laws well and seemed to take note as I commented on the failure of another gun free zone.  They are starting to come into the light. . . .

This is very bad for the left since once these folks wake up and see the world for what it is and not what the media and left portray there won't be any going back folks. . . .  Too many liberals take the red pill and it is over for the left. . .

Morpheus: This is your last chance. After this, there is no turning back. You take the blue pill - the story ends, you wake up in your bed and believe whatever you want to believe. You take the red pill - you stay in Wonderland and I show you how deep the rabbit-hole goes.
Posted by JD No comments:

At work they have started us on a fitness kick.  Depending on what we do that is health and fitness related you get the company to pay into your health savings account. . . or cut you a check.

Anyway this has really got me moving.  So far I have dropped 5 pounds or so since January.

To make it worse, we now have pedometers to track our steps.  The more steps the more money you get in your HSA. . . and they have challenges to help you stay motivated.

Our latest challenge is to do 100,000 steps.  In three weeks, and the top 10 get extra bonus points.  So now those of us in the challenge are watching our ranking and trying to get into the top 10.  My department has turned this into a good natured contest to see who can do the most steps. . . you have never seen so many folks want to go down to the floor to help out and get a few more steps in the process.

It is fun, but now I am hooked. . . I have upped my time on the elliptical in the morning, and have started to walk at lunch and on the weekends to get more steps in.  Now if I can keep this up for two more weeks I may actually have a respectable ranking at the end of this challenge.
Posted by JD No comments: